Have You Got The Bottle Campaign 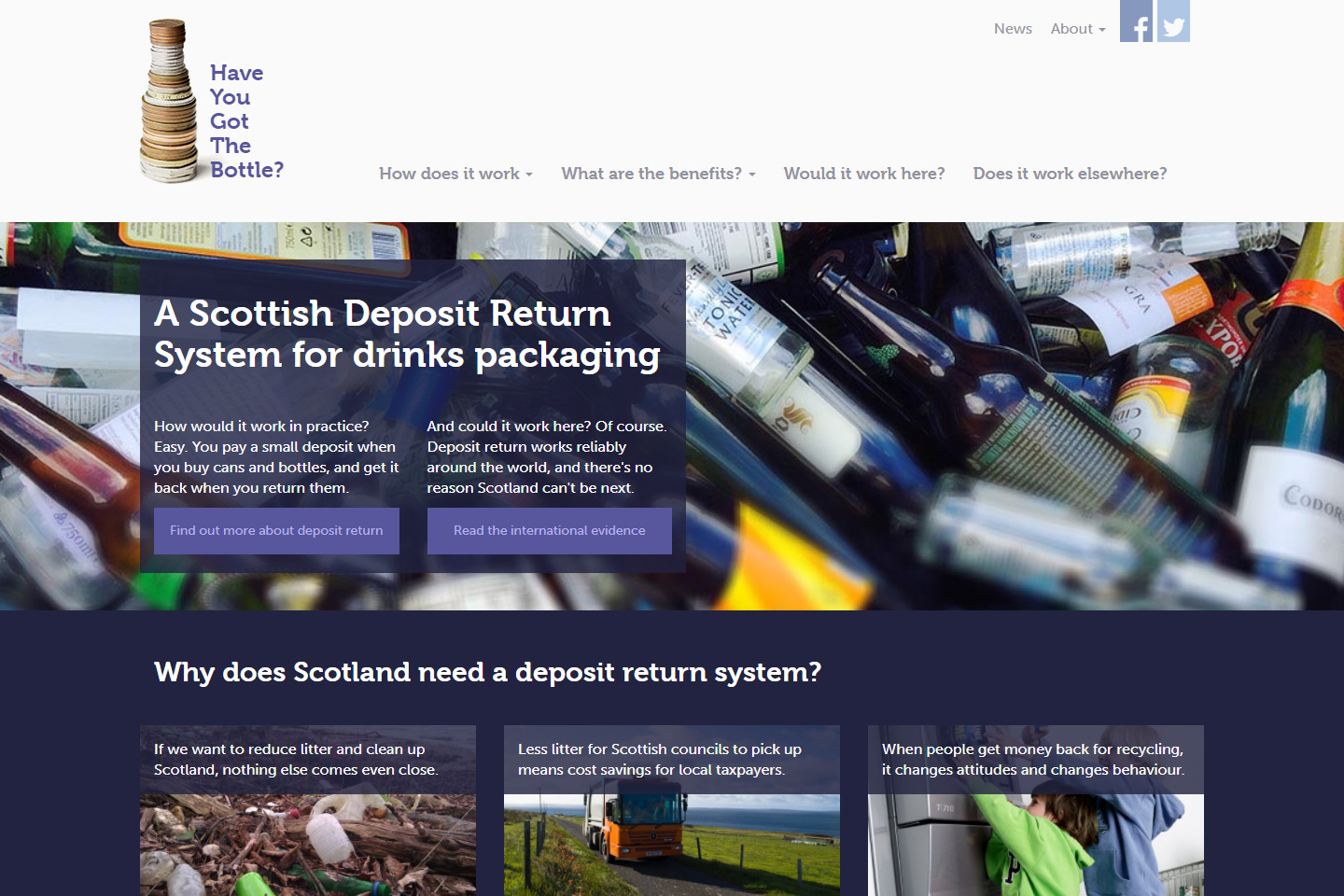 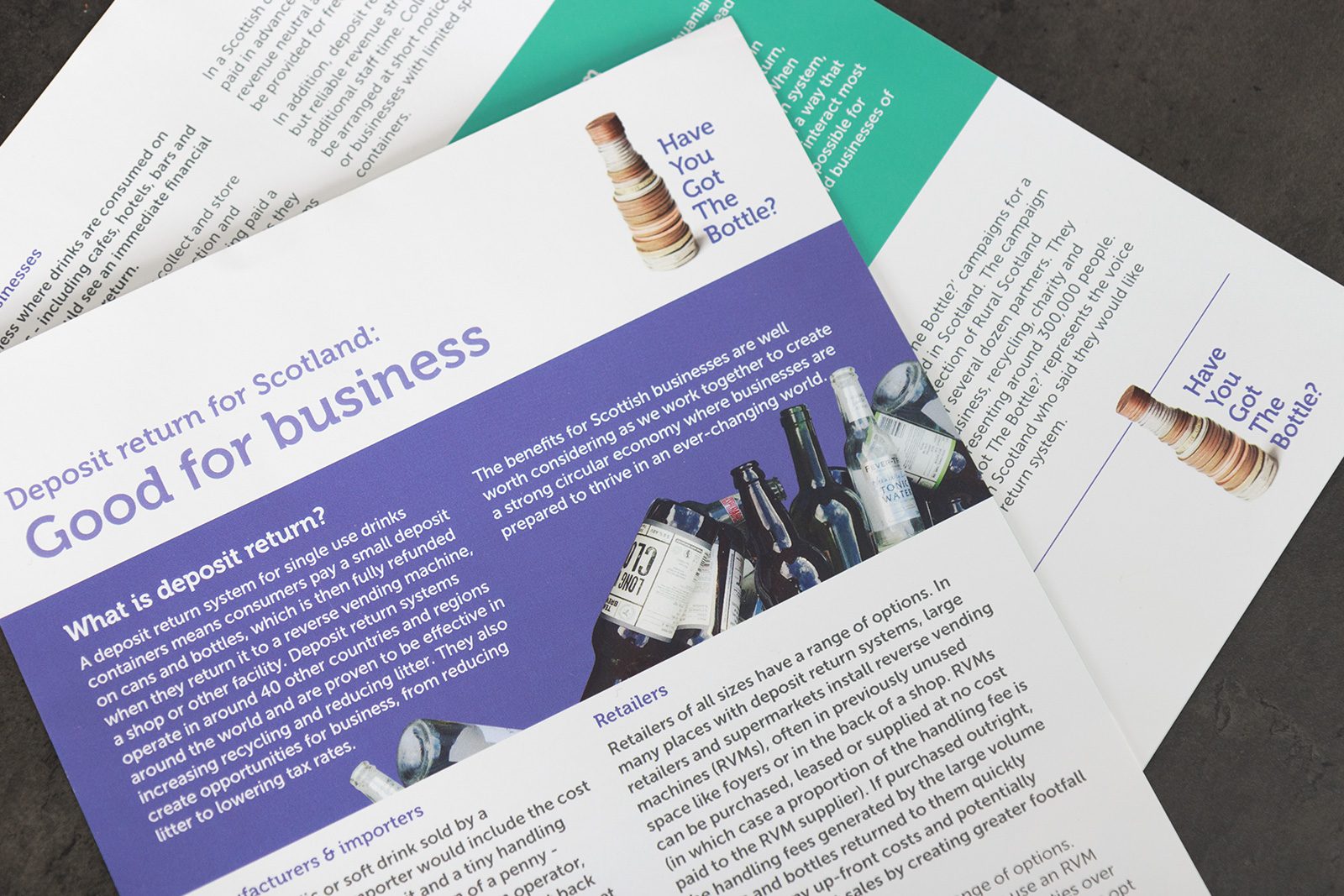 Brand and website completed on a slim budget for the Have You Got The Bottle deposit return scheme campaign.

Do Good worked on the campaign name and simple bottle/coin concept.

The campaign hit with some success, which makes us very happy.

Everyone who campaigned for deposits is cheering @NicolaSturgeon – we hope England, Wales & Northern Ireland will follow her lead. #SNP17 pic.twitter.com/npfwQoCrKs

Big shout out to @wardiebaybeach and @boda_bar_tweets for all the work you've put in supporting the @yougotthebottle campaign! ???♻️ #SNP17 pic.twitter.com/vyQDZZcUm7

Nicola Sturgeon announces the introduction of a deposit return scheme in Scotland pic.twitter.com/lBxChusjzB

The Association for the Protection of Rural Scotland is an independent charity which promotes the care of all of Scotland's rural landscapes.